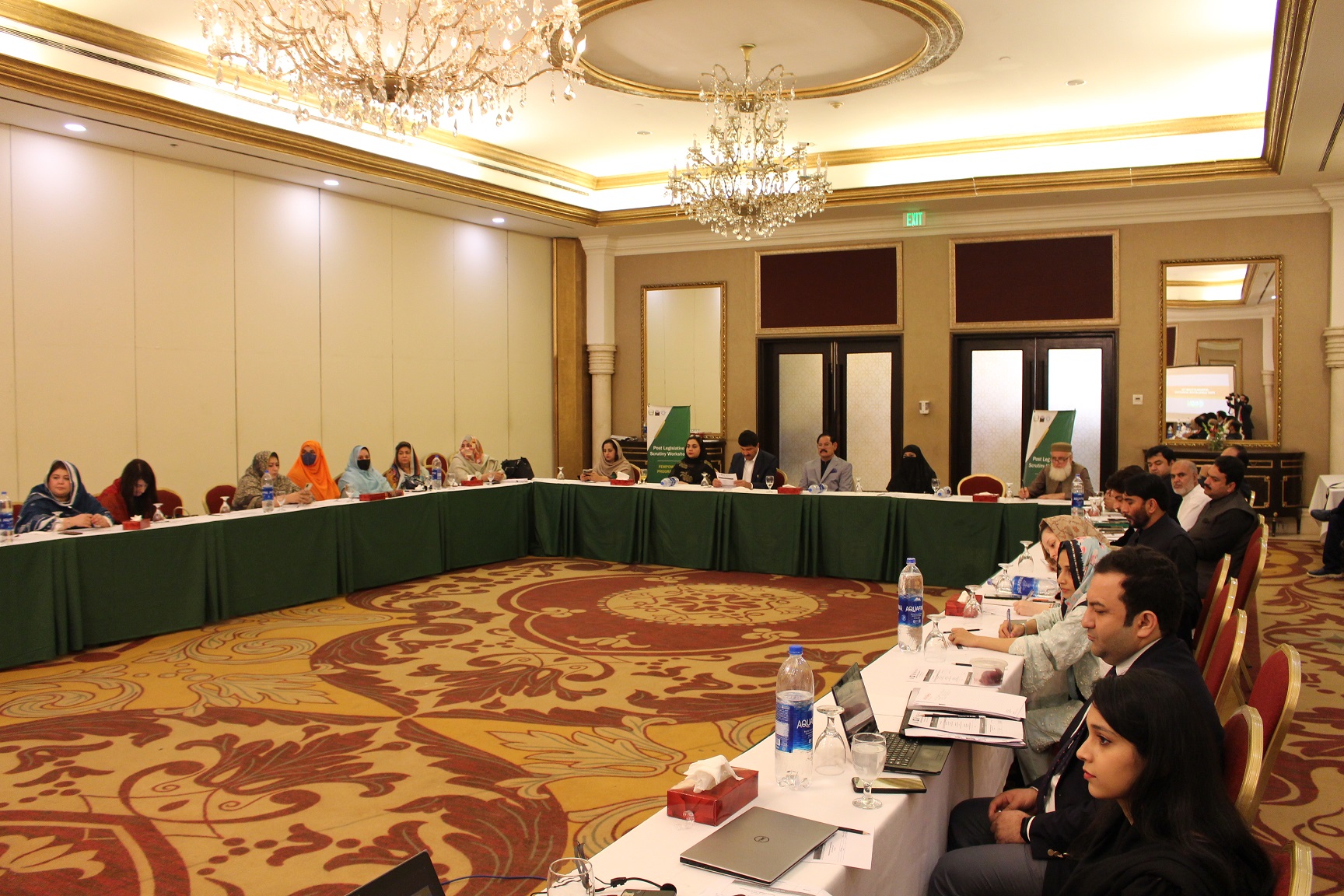 Movenpick, Karachi – Anthro Insights organized their first ‘Post Legislative Scrutiny Workshop’ (PLS) for members of Khyber Pakhtunkhwa Assembly on 23rd-25th December 2021 under the Legislative Effectiveness Program. Honorable Speaker KP Assembly Mr. Mushtaq Ghani opened the workshop and gave welcoming remarks where he appreciated Anthro Insights for taking such a productive initiative. He also highlighted the leading role of female MPAs and appreciated their contribution to the legislative business of the house.

The first session was held by PLS expert Mr. Mujtaba Zaidi who gave an introduction to post-legislative scrutiny. He also briefed the members on the importance to conduct PLS and explain the seven steps required to perform it. In the second session, Additional Secretary National Assembly Mr. Shamoon Hashmi gave a presentation on ‘Building Consensus across Party Lines’ where he discussed the key role of Parliament in a functional democracy. He also applauded the effective role of parliamentarians that has led to colossal changes in the social fabric of our society. A question-answer session was also held in which the respected members took part with great enthusiasm.

On the second day of the workshop, Secretary KP Assembly Mr. Kifayatullah Afridi gave his welcoming remarks where he underscored the need for such other informative training sessions for the legislators especially women parliamentarians. The first session of the day was conducted by Delegated Legislative Expert Mr. Sheikh Sarfaraz Ahmed who discussed the process of Reviewing Delegated Legislation. Additional Secretary Legislation National Assembly Mr. Muhammad Mushtaq briefed the members on ‘Parliamentary System and Legislative Scrutiny’. He further answered all the related queries of the respected members about the Rules of Procedure and Conduct of Business. The Deputy Speaker of KP Assembly Mr. Mahmood Jan gave his closing remarks at the end of the session. He concluded by congratulating Anthro Insights for their fruitful initiative and on the successful completion of this training.

National Conference on Role of Parliamentarians in Climate Change