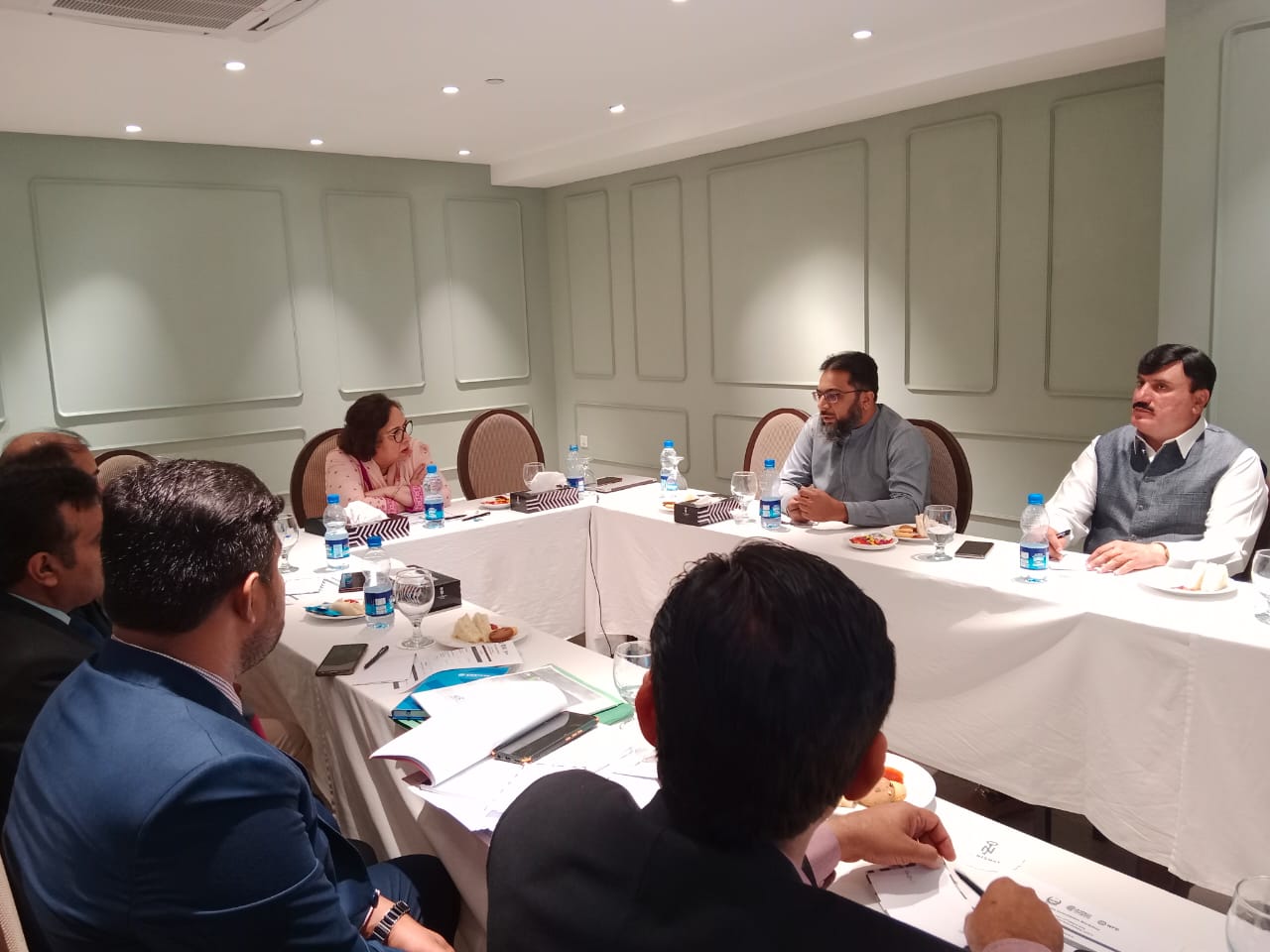 Nishat Hotel Gulberg, Lahore– Anthro Insights in collaboration with Westminster Foundation for Democracy (WFD) organized a consultation workshop for the members of both Federal and Provincial EPAs. Country Representative WFD Ms. Sana Naz opened the consultation workshop and highlighted the significant role of the Environmental Protection Agency in tackling climate change in Pakistan.

The first session was held by PLS expert Mr. Mujtaba Zaidi who briefed the members about conceptualizing the Post-Legislative Scrutiny process. He further discussed the Pakistan Environmental Protection Act (PEPA) in detail with respect to its legislative assessment, review of delegated legislation, and legal socialization process for PEPA. In the second session, a roundtable discussion was conducted for the members to discuss the challenges and gaps between Federal and Provincial EPAs.

Members from all the provinces took part in this interactive session and expressed their relevant concerns.  DG Federal EPA began by raising her concerns about the lack of assistance to provincial EPAs and expressed the need for provincial development as on a provincial scale the EPA is lacking in resources, legislative assistance, and gap analysis.  Participants shared their apprehensions about the vigilance of provinces to adopt the legislation according to the needs of the time, such as adding provisions relating to electronic waste and other types of waste instead of coupling it with hazardous waste (the general definition of waste in PEPA).

The members also expressed the need to include corporate social responsibility in legislation which can turn out to be a valuable solution to various problems. Recommendations were also given to improve the efficiency of EPA and the effectiveness of legislation. Chairperson Standing Committee on Climate Change Ms. Munaza Hassan closed the workshop where she endorsed that there must be a viable coordination mechanism between federal and provincial EPAs for maximum efficiency.

National Conference on Role of Parliamentarians in Climate Change